With the Imagine Europe cluster we design, develop and fund a portfolio of initiatives that tell the stories of Europe and imagine a better Europe. This includes The European Pavilion, The Europe Challenge and storytelling platforms on Europe. They support the development and presentation of fresh ideas that matter for envisioning Europe. Cultural and artistic initiatives that challenge the future of Europe are supported in our Imagine programmes. These tell the stories of Europe, its heritage, present and its future in the most compelling ways using all forms of cultural expression.

We also support compelling ideas that are outside of the box and have the potential to scale up. In this extraordinary year, we continued the Culture of Solidarity Fund, as a flexible grants scheme that supports cross-border European cultural initiatives in times of uncertainty and lockdown.

Local questions are often shared questions in a European context. With The Europe Challenge, we support the prototyping of solutions to some of the most pressing challenges we face across Europe. We believe our greatest challenges can only be solved when people – across Europe – lead the way in solidarity. Libraries, with their connections to communities and to municipalities and local governments, are safe spaces where people can come together to work on identifying challenges and solutions.

The Europe Challenge is an annual programme that offers funding and support to libraries and communities to explore how we can meet, live together and work in the Europe of today.   The Europe Challenge is engaging a growing network of libraries across Europe: from public libraries to mobile, rural, school, university and prison libraries, as well as municipal and national libraries. The network involves citizens and communities with great ideas in shaping solutions for our future that can be shared with other Europeans and replicated in other contexts. In connecting local communities and knowledge, it offers a European experience and imagines a better Europe.

The European Pavilion is a multi-annual programme by the European Cultural Foundation developed in collaboration with partners from across Europe. It is implemented with support from the Camargo Foundation, the Kultura Nova Foundation and the Fondazione CRT.

Through The European Pavilion programme, our ambition is to facilitate a space that encourages experimentation and reflection on Europe. In collaboration with our partners, we set out to support a European network of arts and cultural organisations that, through artistic and educational projects, offers the opportunity to explore ideas for a future Europe. Together we want to question and visualise what Europe is and, above all, what it can become tomorrow. We want to tell stories, imagine, and speculate. And what better place than a pavilion for such a venture? The pavilion, which has taken on many functions and forms throughout history, has the quality to remain open to new definitions and meanings – much like Europe itself.

In the autumn of 2021, the first generation of European Pavilions was announced: ARNA (Sweden), Brunnenpassage (Austria), L’Internationale (a confederation of seven European museums), State of Concept (Greece), and Studio Rizoma (Italy).

In the winter of 2020 and spring of 2021, we produced and released The European Pavilion Podcast, an audio documentary consisting of a series of dialogues with various personalities, carving out the questions that our common future raises. The Podcast serves as a research tool and a resource to open up a debate and prepare the launch of the many pavilions.

The history of Europe is made up of many stories told by many people with varying perspectives. These stories are essential for developing sentiments, a sense of belonging, but also for challenging the status quo where it seems insufficient. ECF supports and collaborates with the International Documentary Festival Amsterdam (IDFA) in their programming envisaging Europe in all its facets and in all its complexity.

Life in Europe was the title of a programme initiated in 2019 by ECF within the International Documentary Festival, which presents a selection of documentary films each year that encourages the public debate on Europe. In 2021, the well-curated Life in Europe programme – taking place online – consisted of a series of 16 movies touching on various aspects of European life. Every year ECF hosts a DocTalk at the festival; a longer interview with directors and protagonists in their documentary. This year we discussed and applauded Kacper Lisowski’s Judges under Pressure.

The Culture of Solidarity Fund (CoS) is our flexible instrument to support cross-border European initiatives in times of uncertainty and cultural lockdown. While it was initially established as a temporary response to the coronavirus crisis, its relevance has not diminished, or rather it has increased. With the experience and lessons of the start-up phase, we improved and retooled the fund, improved its impact, quality and representation by focusing on certain themes and geographies, as well as further developing the multiple partnership model.

As the coronavirus pandemic continues to unfold, cultural emergence responses and initiatives that develop new visions on European solidarity after the pandemic remained crucial in 2021. ECF therefore continued the Fund by providing kick-start funding of another €1 million from our annual working budget. In particular, calls with a regional focus – as realised in the third round at the end of 2020 together with Fondazione CRT and Fondazione CRC – showed the potential of local and regional work with a European dimension. It offered the opportunity for more strategic partnerships for targeted grant-making with other European foundations. One fine example of these is the CareStoriesWalks, a network of ‘cultural walks’ between Italy, Poland and Greece reinforcing the sense of local and European belonging through theatre workshops which we published at the beginning of the year.

Our fourth Culture of Solidarity call in March was inspired by and complementary to our own ongoing programme work for strengthening a European public space. In this first thematically specific edition of the Fund, we were looking for projects that contribute to inclusive and democratic European media platforms, networks and infrastructure during and after the Coronavirus infodemic (too much false or misleading information in digital and physical environments during the pandemic). Europe needs a shared public space where people practice a culture of solidarity and combat the ongoing infodemic. Out of the 500 expressions of interest received in the Call, we invited 60 candidates to submit a full application. East Left Media Outlet: Solidarity in Translation; the El Diario Journalism Festival are a number of them.

Over the summer, we launched the fifth round of the Fund. We did this together with the German Federal Agency for Civic Education, which joined our efforts to realise another thematically specific and interregional edition. This new call extended the theme of promoting a European culture of solidarity towards the support of new collaborative cultural initiatives in (peripheral) regions of transformation in Eastern Germany and other European regions that are similarly affected by deindustrialisation, population decline, social dissolution, failing public infrastructure and ecological crisis. Highlights from among the projects supported in this round include ZKU Berlin – Knowledgescapes of Urban Utopias; and the Ljubljana Pride Association – Act.Create.Transform are a number of them.

In November, ECF won the Causales European Cultural Investor of the Year 2021 award. Our Culture of Solidarity Fund, established during the pandemic, was the impetus for the decision of the 40-member expert jury. The ceremony took place in Tresor in Berlin. We consider the award as a public endorsement of all the work done by grantees of the Culture of Solidarity Fund. More than 100 grantees, all over Europe, are working on their projects showcasing that collaborating across borders is our future. 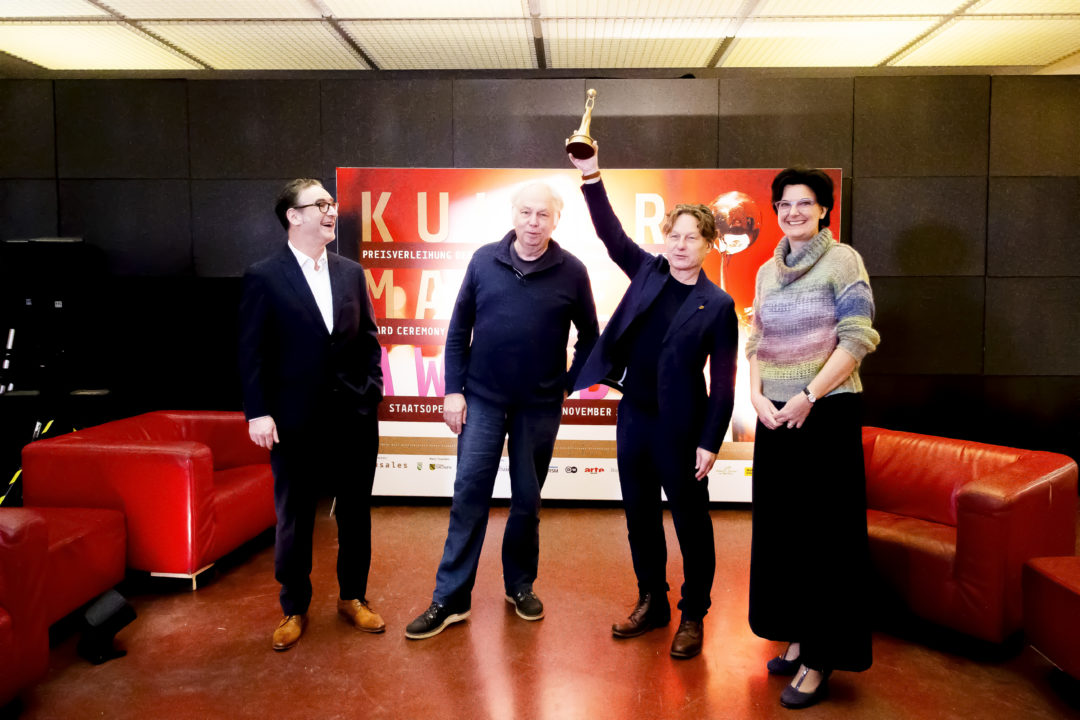 The Aurica! photo by Constanze Flamme

These grantees embody – each in their own way – the vital importance of culture for Europe. Together they reflect on which way we design our futures. The award supports our aim to make culture a structural and systemic part of any European agenda of change. Our Fund may not be very big with 1.6 million euro, but our message is: We Europeans need each other.

That is exactly why the Culture of Solidarity Fund has been a pulled fund since the beginning. Bundeszentrale für Politische Bildung, Stiftung Mercator, Fondazione CRT, Fondazione CRC, Allianz Kulturstiftung für Europa, Open Society Foundation and Beisheim Stiftung already contributed to it.