Under Share Europe, we design, develop and fund a portfolio of projects that promote a functioning and safe European public space. Share Europe highlights the importance of Europe as a shared public sphere in which people with different cultural and national backgrounds and views are connected, providing an alternative to looking at Europe only through national lenses.

Under Share Europe, we design, develop and fund a portfolio of projects that promote a functioning and safe European public space. Share Europe highlights the importance of Europe as a shared public sphere in which people with different cultural and national backgrounds and views are connected, providing an alternative to looking at Europe only through national lenses.

In 2021, this included the building of a coalition to shape a European media landscape, a research and advocacy project for a safe European digital public space, and enabling safe physical cultural spaces. This year also, the three-year Cities of Change programmes – co-funded by the EU – were concluded.

Initiative for a European Public Space

Since online spaces are controlled by private interests and traditional media is giving us mostly national perspectives, the citizens of Europe lack the space to debate a shared interest for Europeans, based on solid facts and a culture of care. The Initiative for a European Public Space (IEPS) supports the development of a digital infrastructure and a media landscape that both re-constitute the citizen at the centre. This is of fundamental value for democracy in Europe.

Within IEPS, we supported the development of a network of free, independent and inclusive media actors across Europe with the aim of elevating the European public space, by testing different collaboration models, bringing the European perspective into the spotlight. The learnings of these combined models form the basis for the development of a pilot European media platform, which will be instrumental in making the case for major public investments in the European media space.

Together with Culture of Solidarity Fund grantees, such as Hostwriter, Eurozine and Voxeurop, ZEMOS98 developed the blueprint for a media platform aggregating curated content produced by a diverse network of large and small media organisations. It will reveal a multi-layered and complex landscape of events and news, but also perspectives and approaches to themes composed by an inclusive and diverse group of content creators.

Good Conversations further developed their concept Europe Talks – an initiative supported by a large network of media organisations across Europe. Europe Talks is challenging polarisation and fostering solidarity by matching people of different political views for a one-on-one conversation. In 2021, the Europe Talks software was adapted for an asynchronous and continuous matching process, instead of an annual, one-day event. The network of media partners has been expanded and diversified. More than 10,000 people took part in the Europe Talks event and, through the extensive media coverage, Europe Talks reached out to millions of Europeans.

Are We Europe developed Collective, a European distribution model for newsletters on a diverse range of topics. As a result of the project Summer of Solidarity, which ECF supported in 2020, a cross national, diversity-driven network of curators and creators emerged. Collective has curated the best  under reported stories from that network, adding a personal touch. The Collective Creator Database features more than 450 creators, which have millions of followers (accumulated). Collective has over 15,000 original subscribers.

At the MediActivism European Policy Forum in Brussels outcomes and learnings from the above-mentioned initiatives were discussed and various stakeholders decided to lead by example and made a commitment to the idea of developing a pilot for a European media platform.

Europe is facing real challenges in coping with market-driven and mainly non-European online platforms on which dis-/and misinformation and nationalistic tendencies easily grow and threaten democracy. Within IEPS, ECF supports the development of a European digital public space, built on democratic values and public digital infrastructures. These infrastructures will promote more sovereign societies and individuals through the democratisation of access, transparency and accountability, while shared standards and interoperability will allow knowledge and culture to flow, helping people to connect.

Together with Waag we also initiated a series of in-depth conversations and research entitled Digital European Public Spaces (DEPS) to define the public values that are at stake in the current digital environment. The research builds a powerful coalition of developers, researchers, advocates and policymakers; it devises prototypes of key building blocks for an alternative digital infrastructure; and it constructs a digital city in Amsterdam, which is replicable in other European cities. ECF joined this programme to help reclaim the internet for the common good.Over the course of 2021, so-called design labs were organised with stakeholders from different sectors and interests

In the fourth round of the Culture of Solidarity Fund we supported the capacity of several partners of the Coalition for Shared Digital European Public Sphere (SDEPS), such as the Cultural Broadcasting Archive, Public Spaces, European Digital Rights Initiative, Project for Democratic Union, Commons Network and Open Future. At the MediActivism European Policy Forum in Brussels, outcomes and learnings from the above-mentioned initiatives were discussed. The forum provided a space for movement building and the formulation of policy objectives, which will be used for the development of an advocacy strategy for digital European public space. 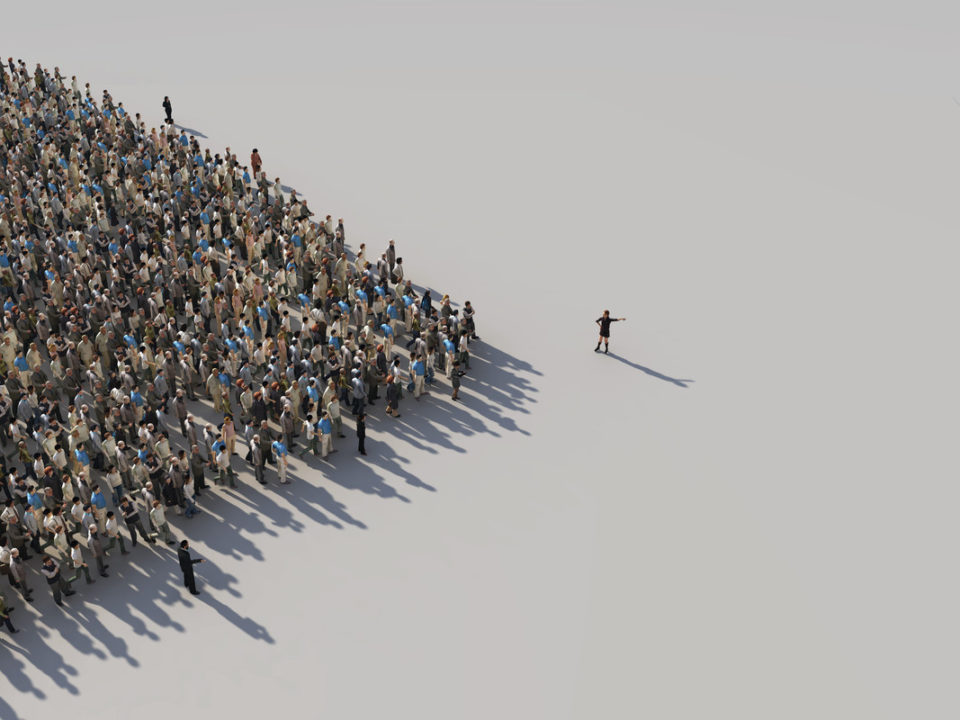 Image by Project for Democratic Union

Safe cultural spaces where people can meet physically and exchange ideas are crucial in (post)-Covid times. Together with a consortium of partner foundations, ECF is investing in a programme for safe cultural community spaces. All across Europe, citizens from all backgrounds and cultures are organising their communities. They create spaces where culture can strengthen social ties and help to imagine alternative ways of living and engaging with others in understanding, trust and peace. ECF connects these spaces and thus helps to build a crucial infrastructure for a cultural movement that can reclaim European democracy.

Co-funded by ECF, VAHA (‘oasis’ in Turkish) is a two-year programme for cultural spaces of public discussion and free dialogue in Turkey and Europe. It builds on previous ECF work and programme communities in the region and answers ongoing and increasing challenges for independent voices and autonomously working cultural spaces in Turkey and around Europe.

In March, the very first VAHA Thematic Workshop and Network Meeting took place on the theme of Community & Audience Development. The online meeting lasted for two days and brought together up to 25 people.

The 16 VAHA hubs came together twice to wrap up the first phase of the programme in June 2021, and for a second time to kick-off phase 2 in July 2021. Six collaboration ideas between local hubs were selected and will be implemented until September 2022. A dedicated programme website presenting the 48 participating organisations and their collaborations was launched in early autumn 2021.

VAHA hubs came together in Çıralı, Antalya from 11-15 November 2021 for the first time in person since the start of the programme. During a Scale-up Meeting, the participants from 13 VAHA hubs developed and fine-tuned their international and regional cross-border collaboration projects with the support of VAHA coordination team and hubs’ local contacts, and explored new ways of collaboration and peer-to-peer exchanges.

ECF is part of Civitates, a philanthropic initiative and multi-funder consortium for democracy and solidarity in Europe. It supports vibrant and open civic, digital and journalistic spaces in Europe against a trend of polarisation and shrinking civic spaces.

The European Cultural Foundation is the coordinator of two multi-annual programmes co-funded by the EU that connect dozens of European cities and their actors in culture and media: MediActivism and Cultural and Creative Spaces and Cities. 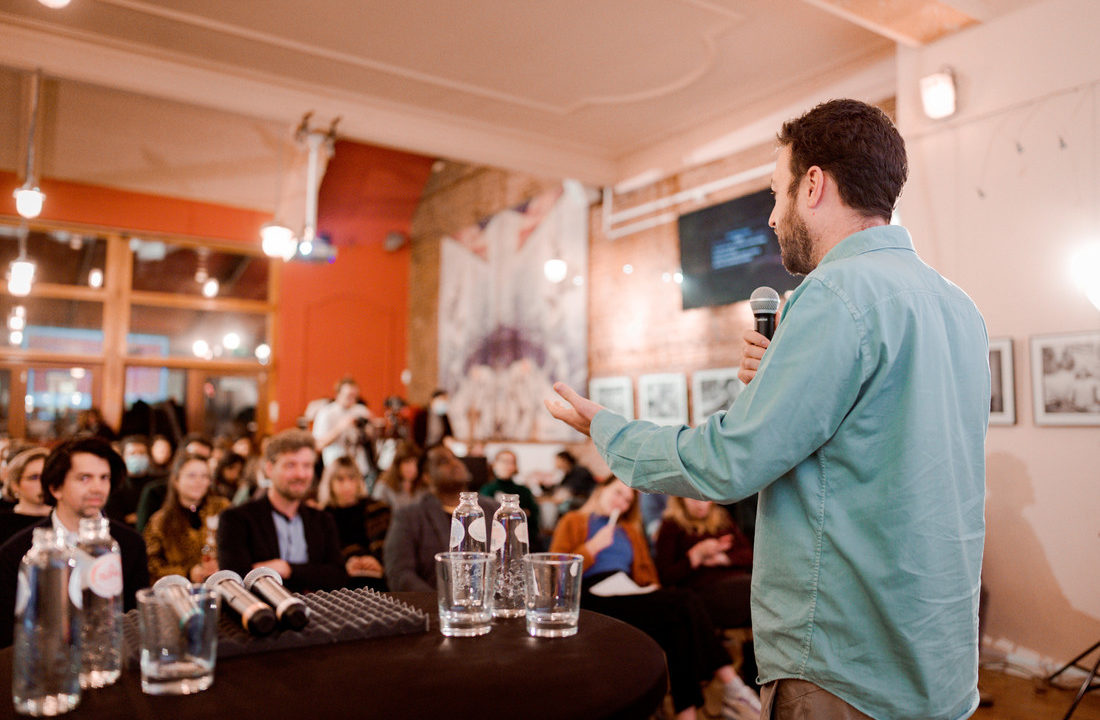 The European Cultural Foundation has been active in supporting young media activists across Europe for more than a decade. ‘MediActivism – courageous young citizens test new ways to reclaim their cities’ set out to develop, test and spread the practices of media activism among young people around Europe. The project transformed young people from being passive consumers of media to being ‘media activists’ capable of persuading, organising and taking their concerns into the public sphere. It connected local bottom-up media practices and approached the issue of ‘Right to the City’ from a European perspective.

As coordinator of the project, ECF worked together with six local hubs: Fanzingo (Botkyrka/Evaluation), Les Têtes de l’Art (Marseille/Methodologies), Zemos98 (Seville/Communication), Krytyka Polityczna (Warsaw/Publications) and Kurziv (Zagreb/Policy & Quality Assurance). In the final two years, three organisations from Turin (Radio Banda Larga, YEPP Italian and Visionary Days) came together to form a sixth hub. The project was co-funded by the Erasmus+ programme of the European Commission, and the participation of the Turin hub was supported by Compagnia di San Paolo.

A European Hackcamp was organised by ZEMOS98 in Seville, but opened from a studio in East London. We used the methodology of Talkaoke – something between Karaoke and a Talk Show – to present five cases in which activists and/or citizens claim their right to the city. Discussions ranged from developing a more sustainable form of tourism in post-Covid Seville to protecting the famous Zakole wetlands near Warsaw from aggressive city expansion driven by neo-liberal incentives by creating awareness of the intrinsic values of nature both for humans as well as the planet overall. And the cultural activist movement in Zagreb talked about their 15 year-long efforts to reclaim the city for the common good, which resulted in a landslide victory in local elections, replacing the clientelistic system that has been in place since the end of the wars in the nineties.

In six Local Policy Fora the above-mentioned cases were presented to local policymakers. These fora give visibility to the causes that the local media activists were addressing, created sustainable connections between activists and public authorities and helped to formulate the method of MediActivism.

This method of activism that puts the distribution of information at the centre of achieving social and political goals was described in Feel, Show, Change. The MediActivism Guide to Claiming a Right to your City. The guidebook gives a better understanding of what media activism can be and provides insight on how to practise it.

The European Policy Forum (16-17 November) brought together journalists, policymakers and concerned citizens to explore policy approaches to creating the kind of inclusive and sustainable public space media activists need and work for. In collaboration with SDEPS (Shared Digital European Public Sphere), the forum contained private and public dialogues with representatives of DG Connect, as well as Members of the European Parliament and their staff. Drawing on this work and the MediActivism practices, ECF is now launching a New Initiative for European Public Space that will continue the dialogue with EU policymakers.

The publication Our City, Our Home, Eleven Essays Against the Forces of Displacement in European Cities is an example of how a topic can be approached from a European perspective in a bottom-up way. The collection of essays was produced by a diverse group of researchers and activists across Europe. It revolves around some of the main aspects MediActivism has focused on in the last three years: the right to the city, segregation in the public space, the post-Covid city, touristification and housing, among others. 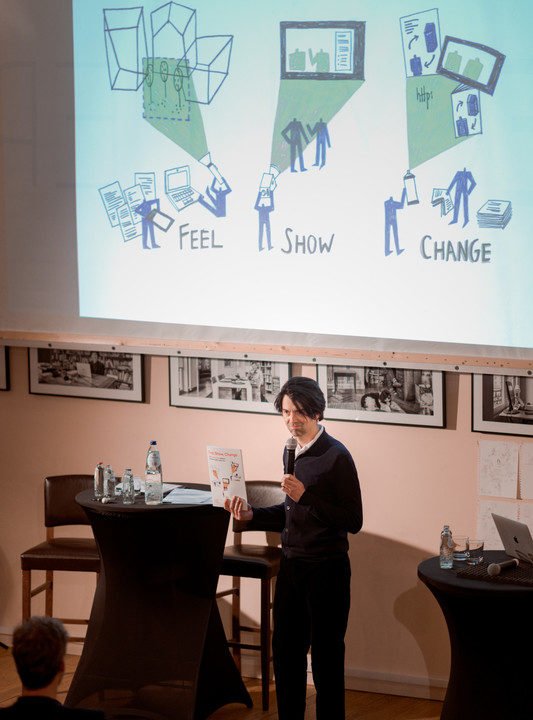 5. Cultural and Creative Spaces and Cities

Cultural and Creative Spaces and Cities (CCSC) was an EU funded policy project that aimed to increase citizens’ participation in the creation of cultural policies. The programme, which started in 2018, came to a close this year. The project has developed new ways for cities and regions to bring together the public administration and the cultural sector to co-create public policies. CCSC was concluded in May with recommendations on how to increase citizen participation in co-creating cultural policies and a publication of a collection of resources, an Online Toolkit for Homes of Commons.